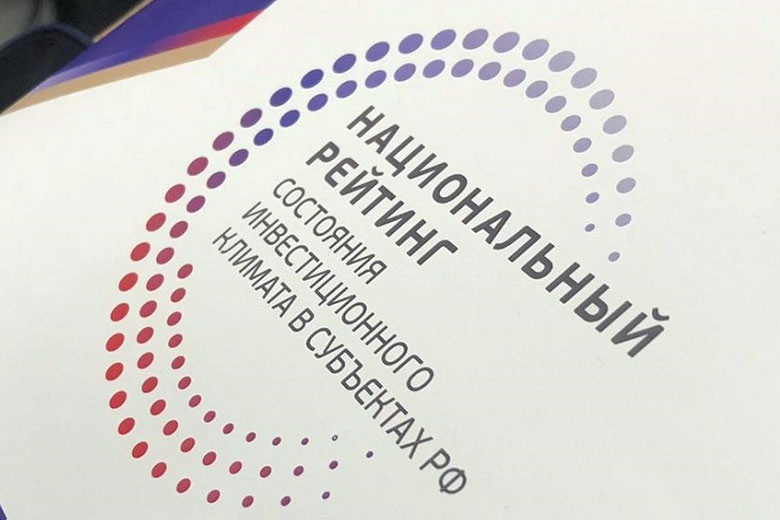 At the St. Petersburg International Economic Forum (PMEF-2021) presented the results of the National Rating, demonstrating the state of the investment climate in the subjects of the Russian Federation. Vologda region took 24 positions in it along with a number of other territories. But a much more revealing figure: Vologodchina significantly improved the indicators and the growth index entered the top 10 regions.

In 2018-2020, Vologodchina, despite all the efforts at the level of the Governor and the Government of the region to improve the investment climate, did not rise above 63 positions in the ranking. This year, however, the region has been able to make a significant leap. A large number of regions received results that recorded a slight difference in numbers, so the rating committee decided to divide the places between the subjects whose values are in the interval of statistical error, that is, merged them into groups.

We know exactly where to add, what we need to work in the near future, said Vitaly Tushinov, deputy governor of Vologda region. - In general, it would be wrong to assess our position in the 2021 ranking from the point of view of a particular place. The growth index, which demonstrates the progress achieved by Vologodchina during the year, is much more indicative. If the leaders of the rating - Moscow, Tatarstan, Tyumen region, Bashkortostan and other subjects of the Russian Federation - here did not show high results, the Vologda region grew by 6.9%. This is one of the highest rates in the country, which is in the top 10."

Regions were assessed on the state of efficiency of business institutions, quality and accessibility of infrastructure, level of support for small business. Cardinal changes in the rating leaders' camp did not happen, but this year the principle of determining the final place in the ranking changed, as some subjects were united in groups, several subjects, whose rating indicators were not significantly different from each other.

The Agency for Strategic Initiatives has been evaluating the efforts of authorities at all levels to create a comfortable environment for business in the Russian regions since 2014. On Friday, June 4, the 2021 ranking was announced at the forum.

«Work to create a favorable business environment continued despite the pandemic. 40 of the 85 regions improved their integrated index compared to last year. At the same time, those subjects of the Russian Federation, which were in the second half of the list in the rating of the last year, grew more, that is, lagging behind," said Svetlana Chupsheva, Director General of the Agency for Strategic Initiatives.

"The rating demonstrates the state of affairs in each particular region," added Vitaly Tushinov. "There is a whole set of indicators: working with small and medium-sized businesses, and the investment climate, and the state of affairs with road infrastructure, supervisory activities and much, much more. On this basis, I would not evaluate this rating as exclusively an investment, it would not be quite right."

As added in the press service of the regional government, federal experts highly appreciated the work of the Vologda authorities to provide consulting services for entrepreneurs, as well as the activities of specialized Internet resources for business.